as told by Ana Puhač, Assistant to the CEO at Eating City

as told by Ana Puhač, Assistant to the CEO at Eating City

On October 23rd and 24th 2017, Eating City staff and some participants of this year’s Summer Campus gathered together in New York City to attend the James Beard Food Summit and the annual James Beard Leadership Awards.

The James Beard Foundation (JBF) is one of the most well-known culinary organizations, whose mission is the celebrate, nurture and honor diverse culinary heritage in the United States through programs, industry awards, programs, conferences, and scholarships for aspiring culinary students and chefs as well as other industry professionals behind it.

Eating City attended the summit both as a professional partner of JBF and a participant bringing to the table this year’s Summer Campus attendees; convening together with two hundred other food system experts, innovators and change-makers coming from media, business, science, politics, gastronomy and community to discuss this year’s theme “Consuming Power.”

The theme of the summit aimed to shed light on how consumers’ power should be harnessed in transforming the food system trajectory. One of the speakers, Mike Lukianoff, Chief Data Scientist at Fishbowl, Inc., told the audience that we’ve accumulated more digital, social, sensory, and mobile data in 2017 than in the entire human history. The agreement in the room was that an average citizen indeed has determining power in changing the food production. Yet, the bigger challenge was to settle on the question – what are the tools or mechanisms available to shift that behaviour, and who controls them?

Although it lasted only for a day and a half, facilitators effectively curated thought-provoking presentations, debates between the speakers, and creative and dynamic group workshops to engage participants in understanding their role in capturing the power of consumers to advance the food movement.

It was a valuable learning experience for Eating City Youth to participate in an event where speakers with overwhelmingly different power and agenda in the US food system and beyond, debated shoulder to shoulder on the way to influence people to consider elements like sustainability and food insecurity alongside taste, price, and nutrition. Mehmood Khan, Vice Chairman and Chief Scientific Officer PepsiCo stated that their approach to, ultimately, gradually moving the consumer to more healthy, sustainable choices is about providing a diversified product set, including soda products with reduced sugar content next to conventional products.

Chef, author, innovator and James Beard Leadership Award Honoree Dan Barber mentioned how significantly smaller craft brewery industry serves as an example of a sustainable promoter that has a major market and can scale for impact, as barley is an excellent soil-supporting cover crop and soil health is one of the top challenges for the future of food system.

It would take a much longer post to list all the speakers and debated points, but it is enough to mention that this year’s other Leadership Award honorees included co-directors of Food Chain Workers Alliance, Member of Congress Chellie Pingree, professor and author Joan Dye Gussow, and former UN Special Rapporteur on the Right to Food Olivier De Schutter.

When Eating City Summer Campus attendees participate in the process of writing a common “Villarceaux declaration”, they engage in the process where different backgrounds need to come together to create pointers for the food system change. Even though the process is exasperating as much as inspiring because of the differences among participants and layers and complexities which reveal themselves, it is an experiment and experience for learning where to look for the common ground among diverging agendas.

At the end of the day, what drives us to continue engaging in difficult debates is not the variety and range of different approach to food system issues, but because it still remains unclear how different approaches from different stakeholders’ support or cancel, meet or miss one another in the allegedly common goal of creating “good food” for everyone? 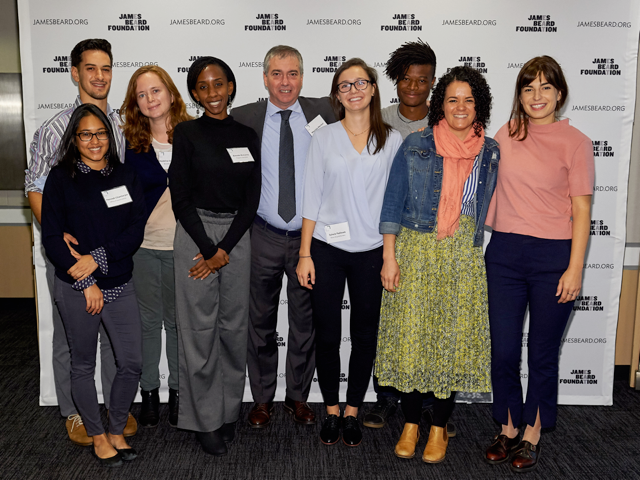 Reading of the 5th “Villarceaux Declaration”