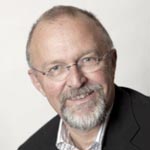 Arie Van Den Brand is a Dutch GreenLeft politician. He was member of the House of Representatives for GreenLeft between May 2002 and March 2004. Van den Brand studied agriculture science at the University of Wageningen. He continued to work at the People’s Academy of Bergen as director of the ILTC, and was a director of the foundation “In Natura”. He was member of the Labour Party, but switched to GreenLeft in 2000. He is founder and Chairman of the steering committe of Eating City. Past President of the Groupe the Bruges (an EU Think Tank fully dedicated to the AGRI Business) and board member of IATP in Usa. Arie is a specilalist of organic farming