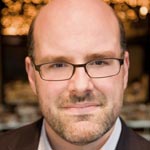 Mitchell Davis is the executive vice president of the James Beard Foundation, a cookbook author, a food journalist, and a scholar with a Ph.D. in Food Studies from NYU. With the Beard Foundation for 20 years, Davis has created and overseen many of the organization’s important initiatives, including the the JBF Annual Food Conference, a national dialogue of thought leaders on sustainability and public health in the food system, and the JBF Chefs Boot Camp for Policy and Change. In 2013, Davis led the team that was selected by the U.S. Department of State to create the USA Pavilion at the World Expo Milano 2015, the theme of which is American Food 2.0: United to Feed the Planet. In addition to his work at the Foundation, Davis frequently writes about and reviews restaurants. He holds a chair on the academy of the London-based World’s 50 Best Restaurants ranking program. He has written four cookbooks, including The Mensch Chef and Kitchen Sense (both Clarkson Potter), co-authored the ground-breaking electronic book My Provence (Alta Editions) with famed French chef Laurent Gras, which won two 2013 awards from the International Association of Culinary Professionals, including “Judges Choice,” and he is a regular contributor to the Art of Eating. Davis’s T.V. appearances include History Channel’s 101 Fast Foods that Changed the World, Food Network’s Food(ography), Throwdown with Bobby Flay, and Best in Smoke. Davis is host of Taste Matters, a weekly radio show (Wednesdays at 11 a.m.) on The Heritage Radio Network. In 2013 The Forward selected Davis as one of the 50 most influential Jews under 50 in America.