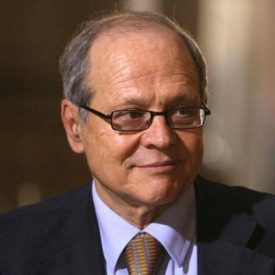 Professor Emeritus of Labour Law at the Catholic University of Milan. Minister of Labour and Social Security and Minister of Trasportation in the Italian Government. Senator of Italian Republic, President of XI Commission (Labour and Welfare) of the Senate. INPS (National Institute of Social Security) Special Commissionair. Member of CNEL (National Council of Economy and Labour) from April 2013 until May 2015. From September 2015 President of the International Society for Labour and Social Security Law. Form May 2017 President of CNEL (National Council of Economy and Labour). Author of several Italian and comparative essays and volumes on Labour Law, trade unions rights and industrial relations.