Why we signed the Protocol of Lima.

For more than 10 years of research to promote sustainability in Public Food Service, we have been faced with the difficulty to give a clearcut definition of what is really sustainable and what is not. For this reason we enlarged our vision based on life cycle analysis, considering not only environmental impacts but also social, cultural aspects of food systems… It was also in that vein that we evolved from food service perspective to urban food systems perpective in 2010, with the project Eating City.

We were deeply convinced at that time and still are of the necessity to develop a vision that support specific urban policies to manage urban food systems. But such effort could be unsufficient if it is only considering quantitative urban metabolism of food chains and food flows dimension. Similarly as frustrating attempts to assess sustainability, the complexity of logistics makes tricky sustainable urban food planning and zoning, leading people in endless debates, for instance, on what should be considered as local or not …

Texts such as the Protocol of Lima may renews our frame of thinking and help us to ponderate priorities. When we endorse the necessity “to recognize our shared responsibilities to the planet as a condition for the survival and progress of humankind“, we also agree on the difficulty to act without a global consensus as “the proclamation and pursuit of universal rights are not sufficient to adjust our behaviour, as rights are inoperative when there is no single institution able to guarantee the conditions of their application“.

The eight Principles of Universal Responsibility of the Protocol of Lima straightforwardly lead to the notion of the common good. A  recent review of “THE ECOLOGY OF LAW”  quoted: “We are now faced with choosing either to be friendly with our ecology of with we are not exclusive or choose to confront unbeatable battle of preventing our untimely extinction.” In other words, “we are badly in need of an objective framework in protecting the commons from total extinction “. In such context, “Law should not be seen as a means of violence or power but rather it should solidify the cultural and traditional lives of the people and make them sovereign.”

By recognizing the interdependences between communities and between humankind and Nature, these texts open the door to the discussion over the the notion of the commons, and in our case, about food as commons and not merely as a commodity.

… and when we reach this point of awareness, we get a glimpse on the possibilities that are freed up when adopting the logic of commons.

Of course to consider food as commons and not a commodity requires a first step generosity that may seem uncompatible with current budget restrictions. But to consider food as commons and not commodity gives access to immaterial assets through which food is : “ more than a fuel or the sum of its parts”. And we have now enough successful projects and practices to refer to, that demonstrate how such understanding is a promising entry point to empower people for the change of paradigm. 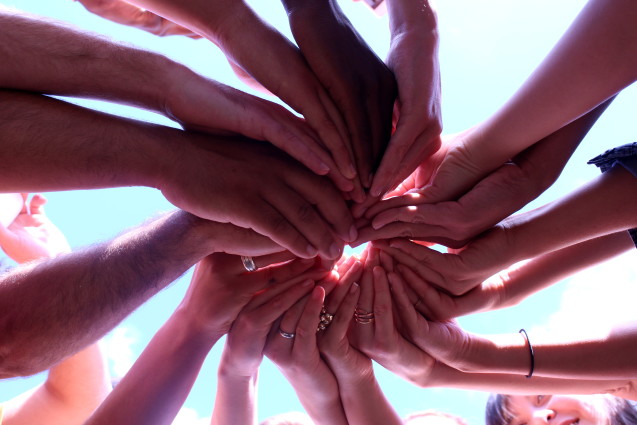 MANIFEST OF LIMA TO PARIS