Together to share a new vision of the agri-food supply chain into the Euro-mediterranean cities.

Towards a shift of paradigm of our daily Food System: From Commodities to Common Goods

This second edition of the Eating City Summer Campus has been organised in August 12th – 19th 2014 and has involved 23 participants from countries of the Euro-Med area, aged from 23 to 29:

Three participants of the 2013 edition have been involved in the work-in-group process:

During this edition, main thematics have been dedicated to food as a common good and also to the influence of the diversity of cultures and religions on food. 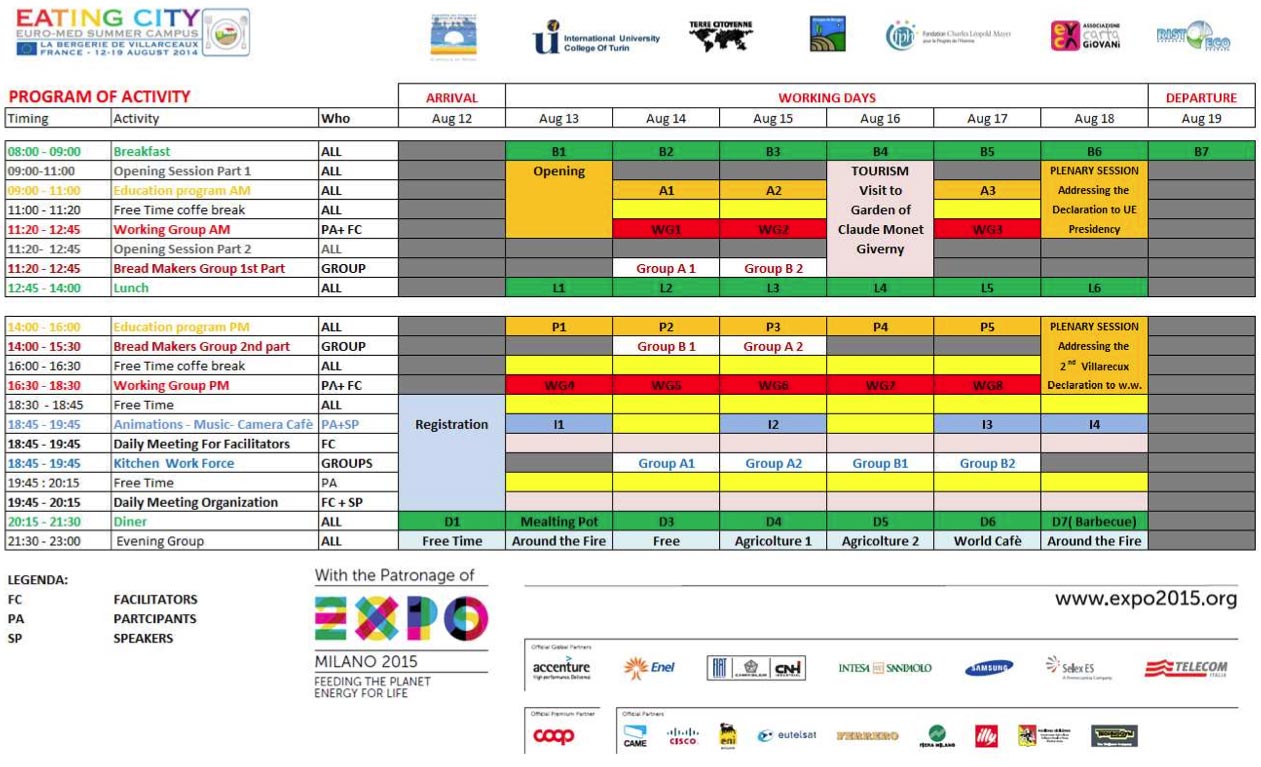 Agenda of The Campus 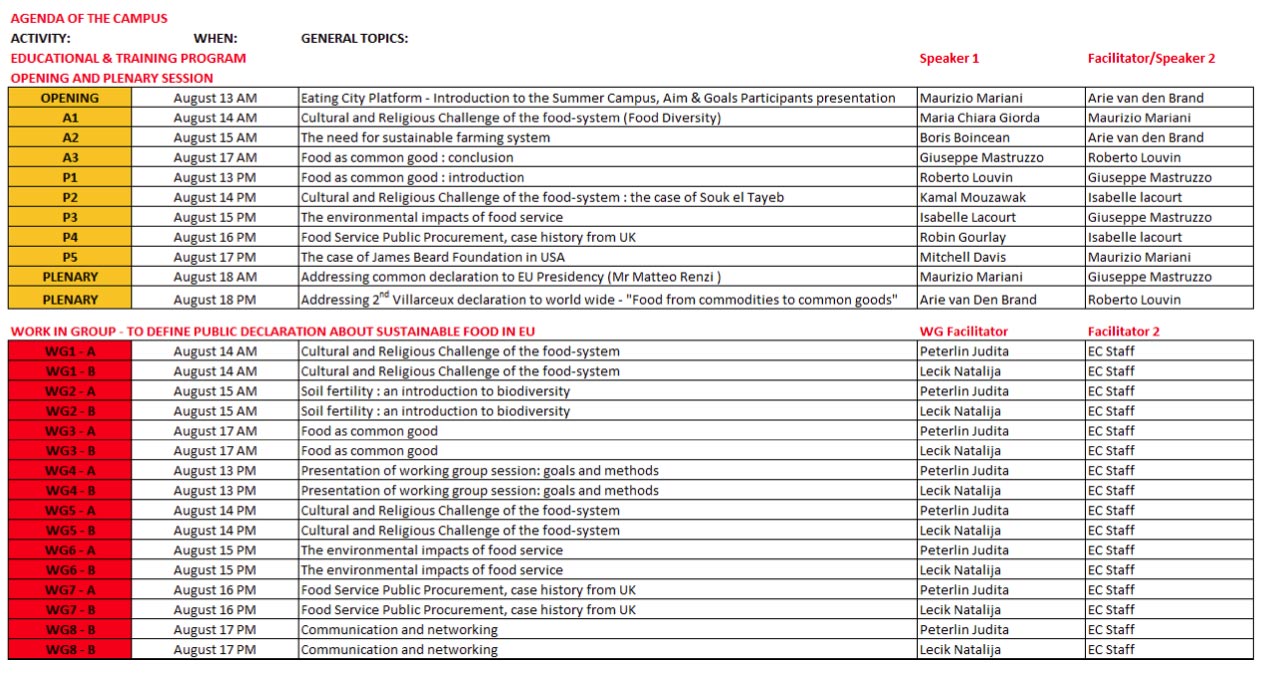 Arie Van Den Brand is a Dutch GreenLeft politician. He was member of the House of Representatives for GreenLeft between May 2002 and March 2004. Van den Brand studied agriculture science at the Univer...

Boris Boincean originally from Ukraine, graduated from the Faculty of Agronomy of the Moscow Agricultural Academy (K.A. Timiriazev). he is responsible for the chair of Natural Sciences and Agroecology...

Research fellow, Dipartimento di Studi Storici, University of Torino, and Assistant Professor in “History of Christianity” and “History of Religions”. She has published monographs and many articles on ascetic practices and contemporary religious pluralism.

Mitchell Davis is the executive vice president of the James Beard Foundation, a cookbook author, a food journalist, and a scholar with a Ph.D. in Food Studies from NYU.

Roberto Louvin (Aosta, Italy, 1960) is a lawyer, Associate Professor of Comparative Public Law at Department of Political and Social Sciences of University of Calabria and President of International University College of Turin.

An inspiring oecocenter near Paris

The campus has taken place in the inspiring location of the Bergerie de Villarceaux Oecocenter, in the regional nature park of Vexin, at 70 km de Paris, in France, hold by the Charles Leopold Mayer Foundation (Fph), a main partner and Eating City supporter since the very beginning.

This estate’s old farmhouse has recently been refurbished to bring it in line with environmental and sustainable standards, including the uses of natural insulation materials, wood heating, solar panels, rainwater collection, natural purification through lagooning, etc.

The diary of the second Eating City ummer Campus :